To make a narrative driven mobile game with minimal gameplay interactions and puzzle elements, with plot twists leading to multiple endings based on player choices.

After the events of "The HIT" everything started changing. Literally changing. People were made to follow government directives that were enforced to stay safe. But it seemed like the government was taking advantage of the situation. Revolution Brewed, and nobody knew what was coming.

You play as Evon Scratch newly appointed Graphics lead in the Government HQ. Your job is to make and remake all the flags as per the Directives. Maintain the job to sustain this economic downfall with your family. Failing in the job will cost you heavy penalities. Although Sustenance is luxury, Survival is necessary

Yea. You. As our new lead of Graphics department you are going to be making flags that represents every state in the country. We will give you the end product. You just need draw it. We need an exact copy. Any changes you make will come with heavy penalty.

Unless those changes are ordered by the government.

The core loop is to make flags and earn money to sustain the family. The initial format of the flag will be given and at the beginning (tutorial) the player just repeats the same pattern. And as the in-game days progress New Directives starts coming. These can be anything from change one color to another, patterns that hatch left to hatch right, a star symbol to a banana symbol and so on. 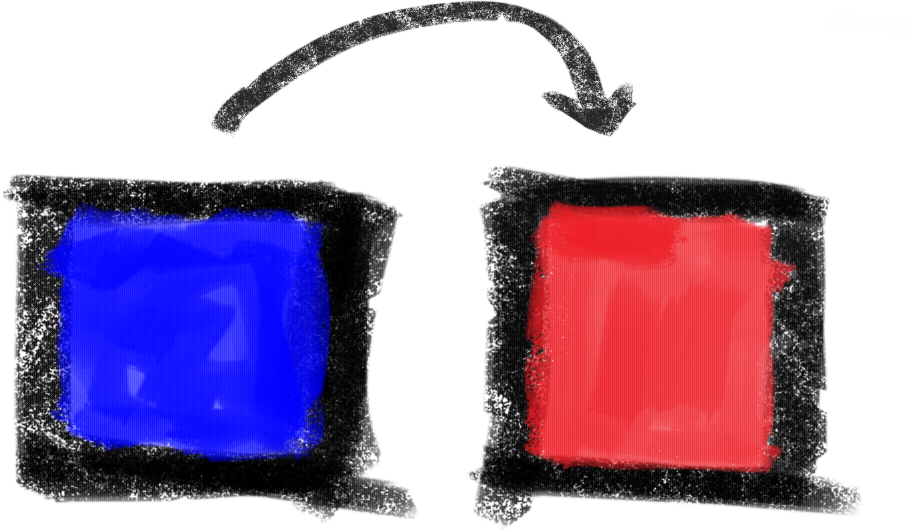 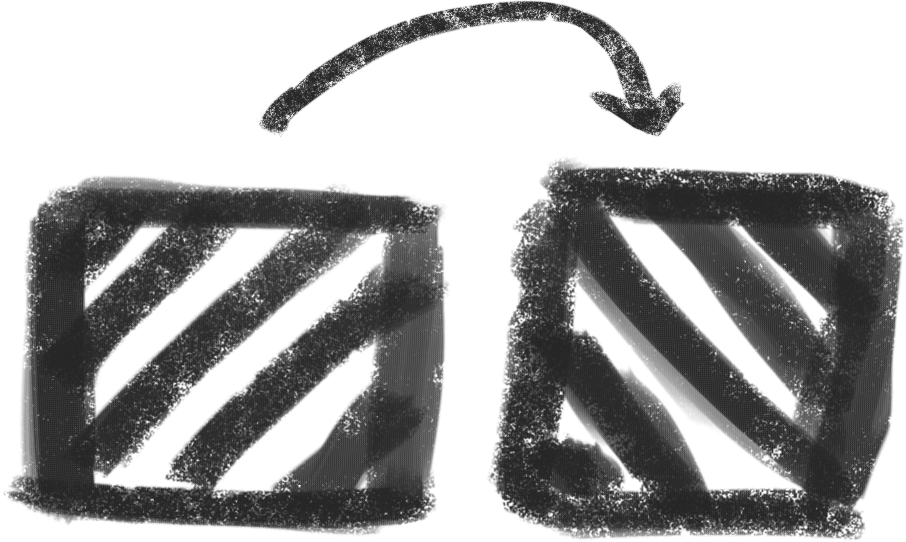 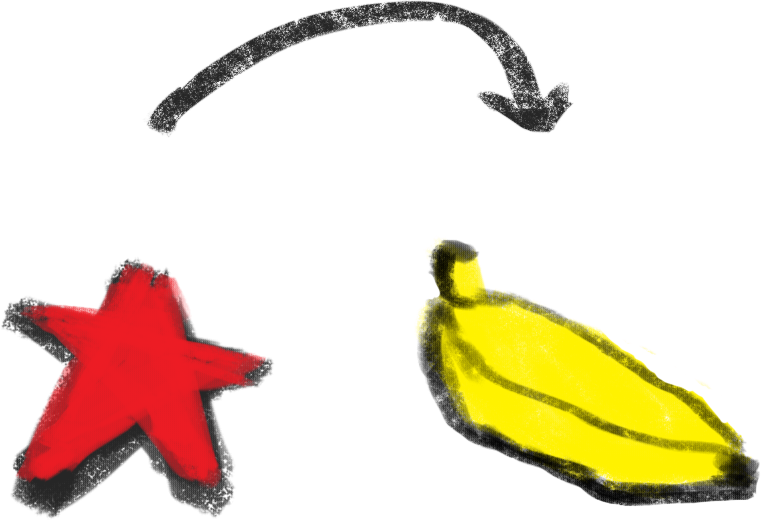 These Directives are stackable. Which makes it frustrating when you lose track of the changes. Which will force the player to keep the project on hold and lose the income, rather than letting it be wrong and face the penalty?

At the end of each workday there is a place where the player spends the money. According to the events that happened that particular day requests, bills will populate the end day screen and the player makes decisions on how they want to spend that money. These decitions will affect the storyline and branch to multiple endings.

The game loop follows a day cycle. A newspaper snippet is shown at the beginning of the day. And the player assumes the work for the day. If there were notices it would be introduced at the beginning of the day. There will be Npc's requesting money during the day and according to the decisions of the player on how s/he spends it, the story progresses in different branches. However, The current prototype does not have those branches but it follows a similar format with three endings.

The walk to work is not so bad. Except for the huge line in front of the detention center, the protestors in the opposites with their signs. Calling out the government policies, some banners even had heart signs on them. People fighting for peace. Liberals, I don't know where they get money for their food. It was not easy to get this job with my reputation in street painting. Just needed a facelift, some polish, some make-up, and viola - "Graphics designer for the federal government". But I can't go protesting now, those were the days...

"Stop daydreaming Mr.Scratch. You've got work to do.", A well-dressed man with a noticeably long face says as he slams a hefty pile of paperwork.

"Exact copies like noted in the job sheets, no changes... You know what happens if you change anything right?"

It's only been a few days and the directives have been pouring out. Change this, change that, ever since the meteor fell it's been so weird. We have to change everything. Even the one's that we already changed. Sounds complicated right? that's exactly how it is. You have to do it to feel it. But they pay well.

"Evon... listen? I just got a call from Carol's school. She is not feeling so well. I'll take her to the hospital so... there is credit in the card right? I don't have anything else with credit..."

"Marilin what..?? When did you get the call? what did they say?"

"Yea yea... I think it does. Anyways they only take the payment at the end of the day. I'll make some extra flags or something... call me when you get to the hospital."

Evon got to work. For every flag, he made and maintained with the current directives he got extra credit. But it is risky. The more flag he made the more he had to maintain. And change when a new directive comes into action. Which means he will lose a lot more credits if he can't keep up. Evon knows that but he has no choice in this current economic crisis.

Everyone takes risks. And I can manage a couple more flags. I have to be careful not to overwhelm the work load. Let's just focus on work an wait for Marilin to call back.

(Not long after phone rings)

"Hey.. What did they say? Is Carol alright?"

"Hello Sir! Am I talking to Mr. Evon Scratch?"

"I'm sorry. I don't who Carol is. My name is Ron. I'm calling for the 'Voice of the people' movement. We got your contact from our members list. Would you like to donate to our cause.", a calm voice from the other side of the the phone.

"What? Lady listen, I don't have time for this. I'm waiting for another call okay?"

"I'm sorry to disturb you sir. But if you don't mind is it anything to do with the person named Carol you mentioned before." there was no hurry in that voice.

"Look thats none of your business, if you don't mind I am going to disconnect this call. Do not call this number again."

"But Sir was Carol in any of the schools in the neighbourhood?", she asks

"There are several reports on Children fainting in schools today, they are going to be taken to the detention centers. I would suggest you act quickly. And also please consider donating to the cause."

The setting is an abstract dystopian future after a world scale meteor strike had put down governments and changed the world we live in. People have managed to move past the catastrophe and found new ways to live in. The aftermath is a new world of unstable meanings. The general population has no other way than to follow government norms. And new changes come in every day.

Description
An ex-street artist found a job in the new federal government on making flags. He has been the life as a rebellious teenager, but being a father for a child in this time of Crysis. He has to be more responsible and provide for his family
Role
Office worker - Hero - Main player Character.
Confilts
He was rebellious but now has to be responsible, family and his daughter are his most important things.

Description
A higher official in the federal government. He has his family and he needs to maintain his position and climb to the upper echelons on the society. He would do anything to achieve his goal of getting to one of the chairs in the Federal HQ.
Role
Evon's Boss - Henchman - NPC Quest giver
Conflicts
Have to maintain his Authority. He cannot stand the failure of his subordinates. He is ready to go to any extent to please the government and its norms.

Description
A mysterious person who claims to be a part of the rebel movement 'Voice of the people'. She seems to know a lot of government secrets but her only goal is to collect funds. She could be a fraud, conspirator, or maybe just a hacker trying to get into the main hierarchy.
Role
Rebel - Hereld - Mentor
Conflicts
She stumbled upon a good lead (Evon) inside the government. But hesitant to put that person at the risk of getting caught. Although She opts to go ahead with it for the greater good.

We had 8 weeks to ideate, prototype and playtest as a part of a design project. I made the minor changes to the gameplay from the inital idea keeping the scope in mind. My focus was for this prototype was to find out if the system works and to modarate player frustration during gameplay. I made several iterations changing the build according to player feedback.

A playable version is available on google play store. 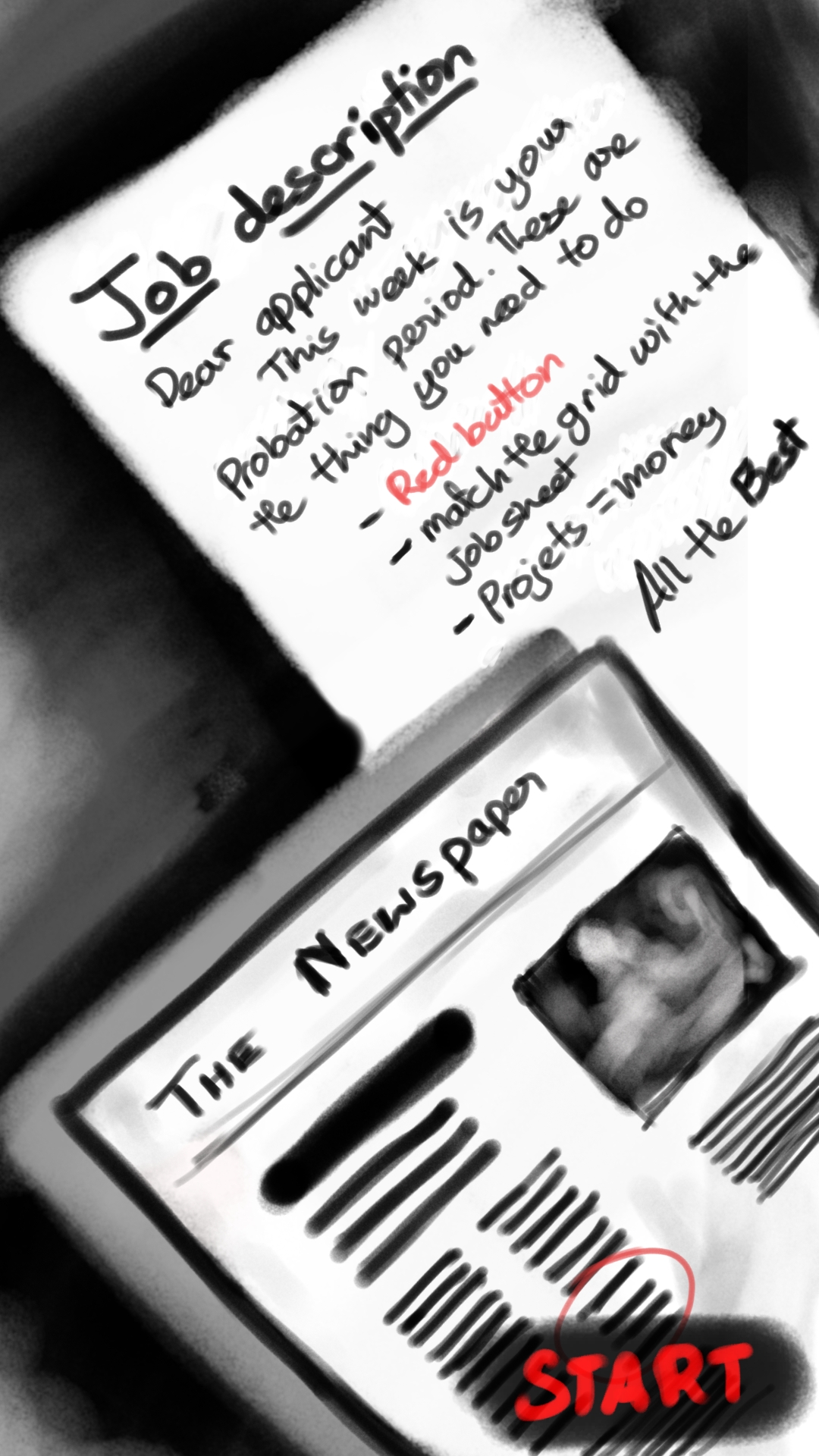 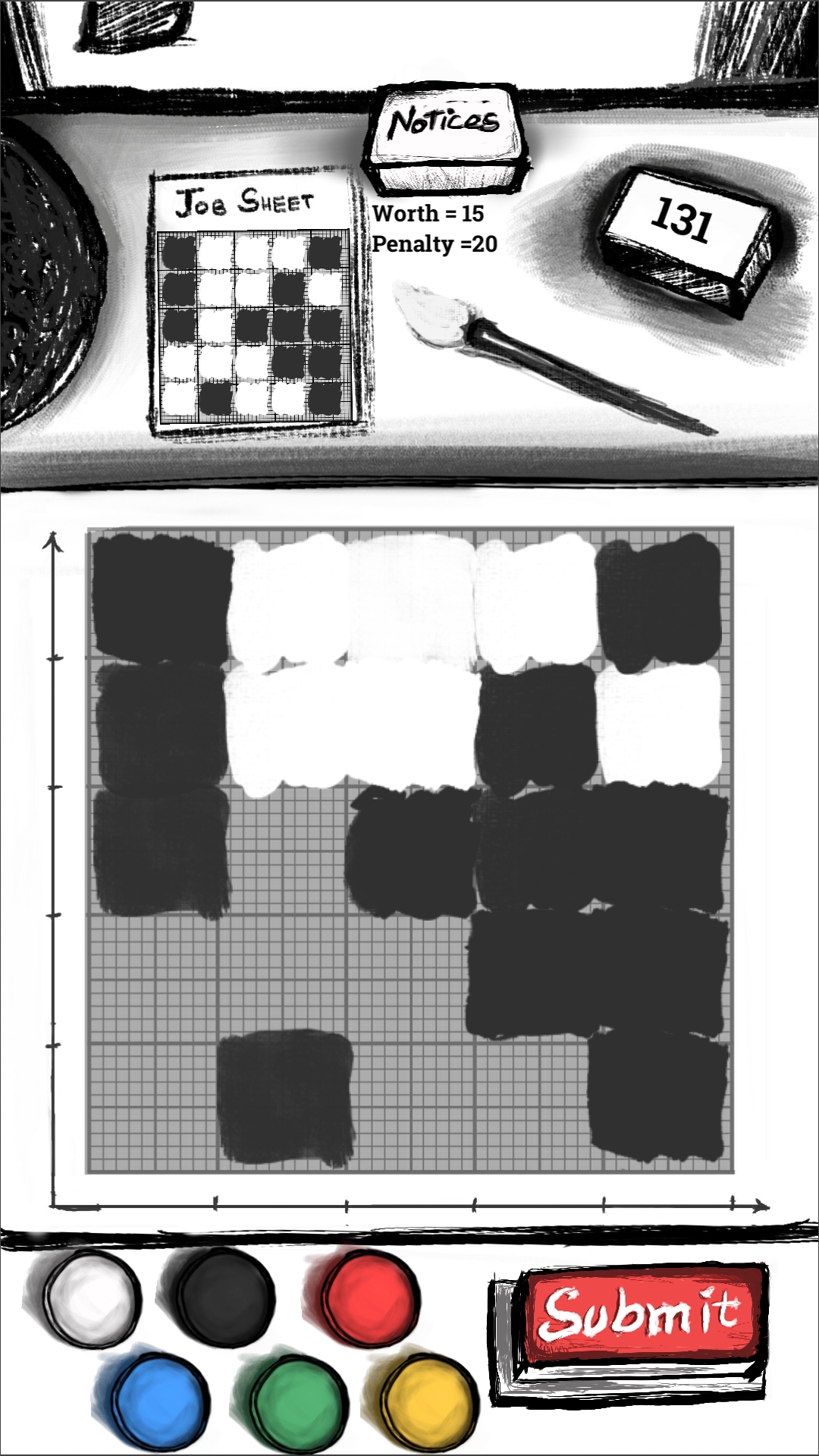 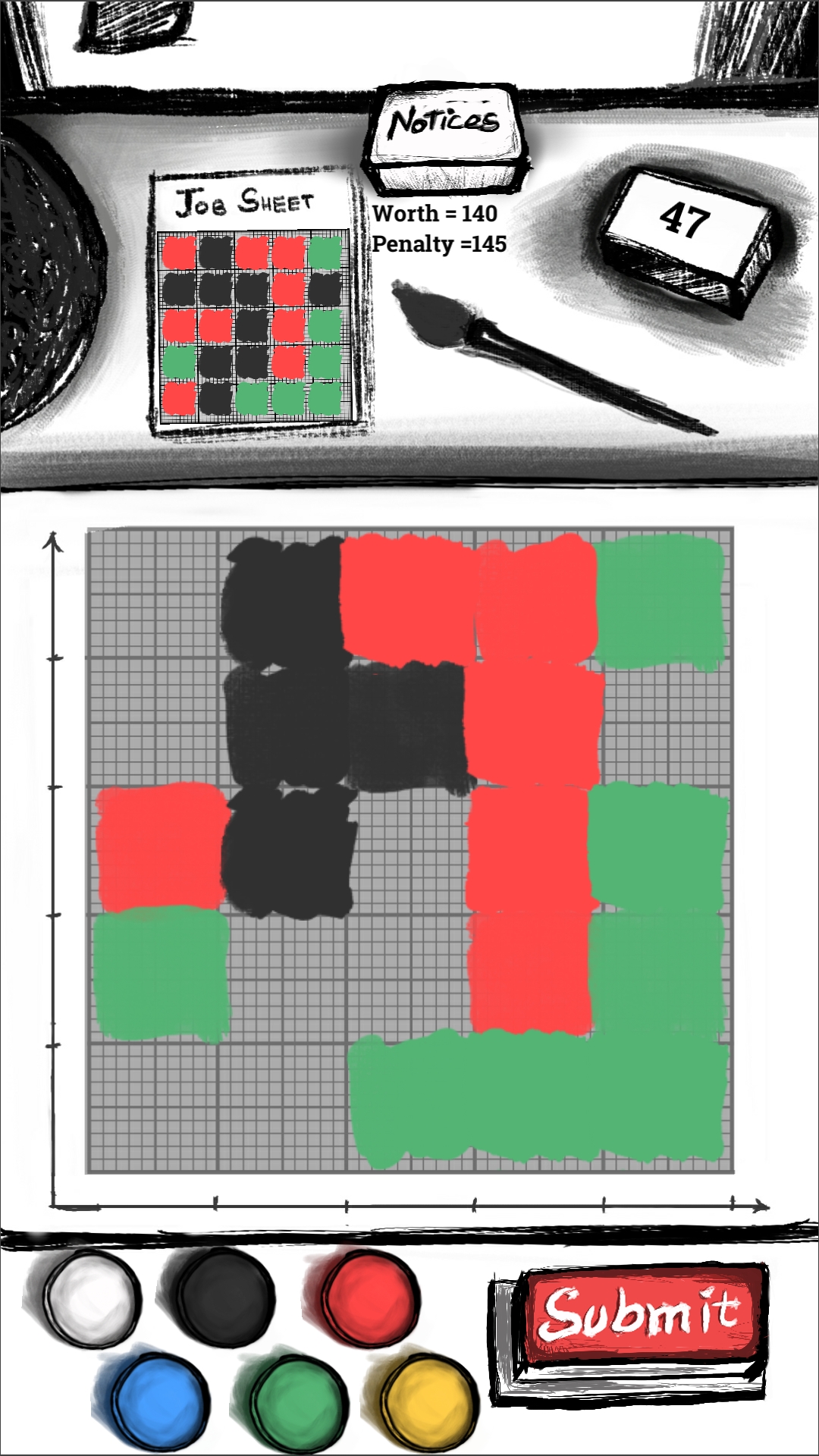 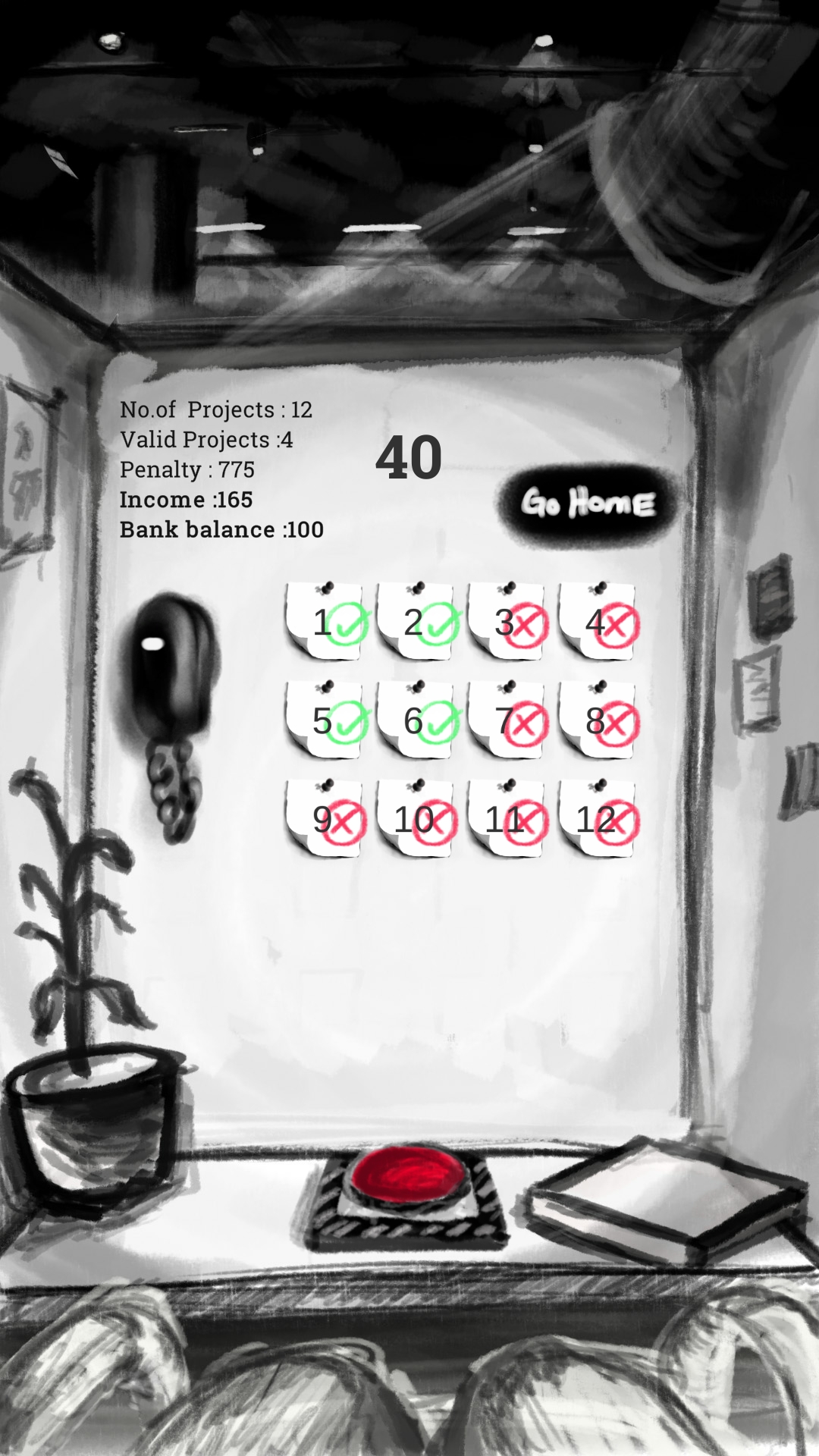 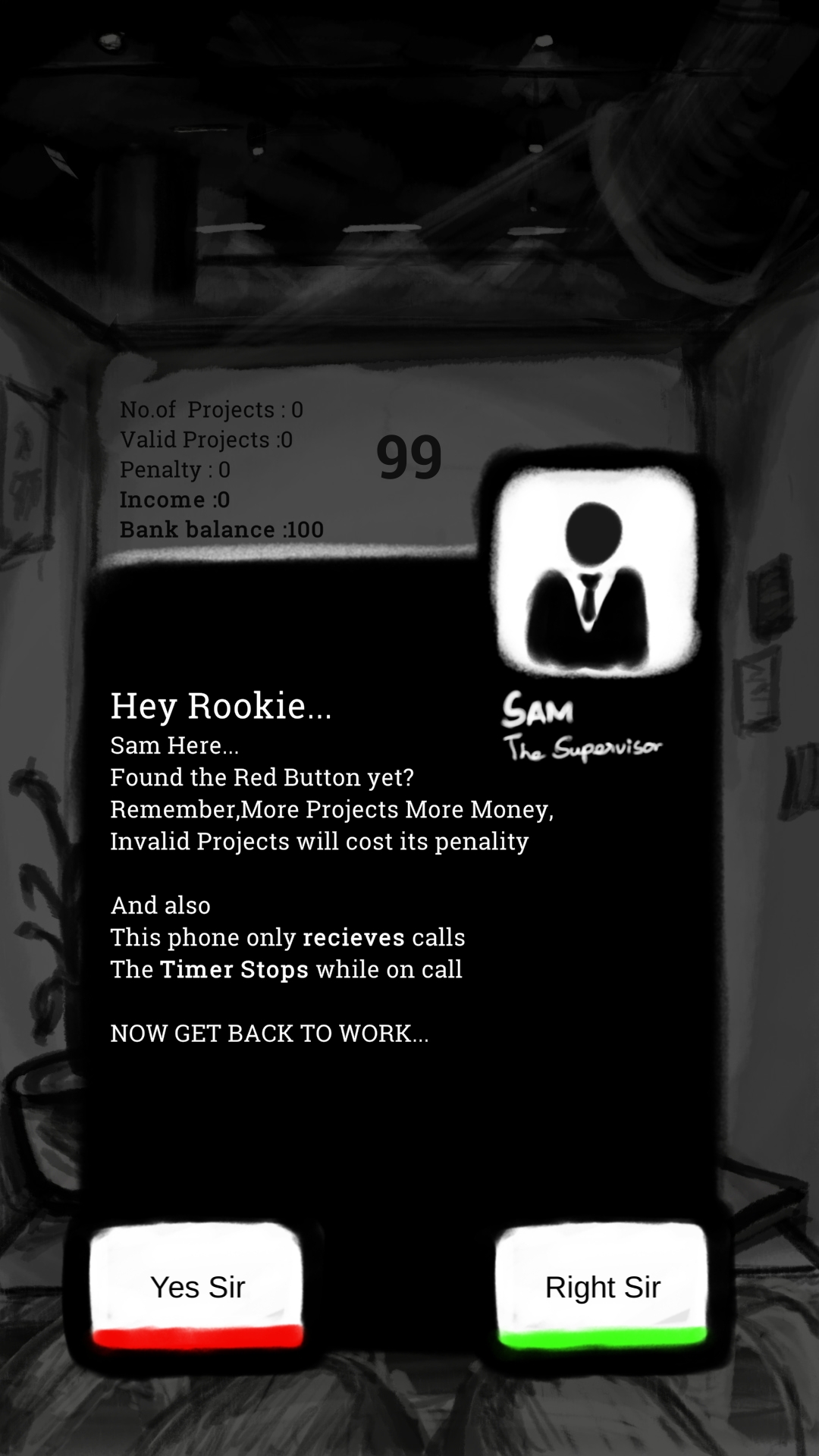 I focused on casual mobile gamers who look for a richer story experience. My goal in this project is to create a game world that can have multiple interactive potentials to give way to different story arcs and Character crossovers. This prototype is targeted towards the 12+ age group.

While building this experience I learned a lot about how to manipulate player frustrations and make it fun. I would like to share some key points.

Thank you for reading.

made with by joe